How to Avoid the “Revolutionary” Messaging Fallacy

Share on TwitterShare on FacebookShare on LinkedInShare on PinterestShare via Email
Martina Lauchengco | 2017-03-29T12:30:00+00:00

Netflix and Zendesk both transformed their industries without ever saying they were. Yet many companies start their messaging like these two competing in the same space:

Company B: “[Category] management software for the future”

This kind of overreaching and meaningless messaging happens so often, I’m naming the phenomenon:

The Revolutionary Messaging Fallacy happens when those creating messaging make leaps into benefits or transformational language as if what their product did and why someone should care is already accomplished and understood. Tech companies are drilled to message benefits and innovation but then skip the most important component of any company: being clear about what they do.

“Why Should I Care?”

I have no relationship to either Zendesk or Netflix but have watched for years as they have applied these rules well over time and created exceptional messaging. 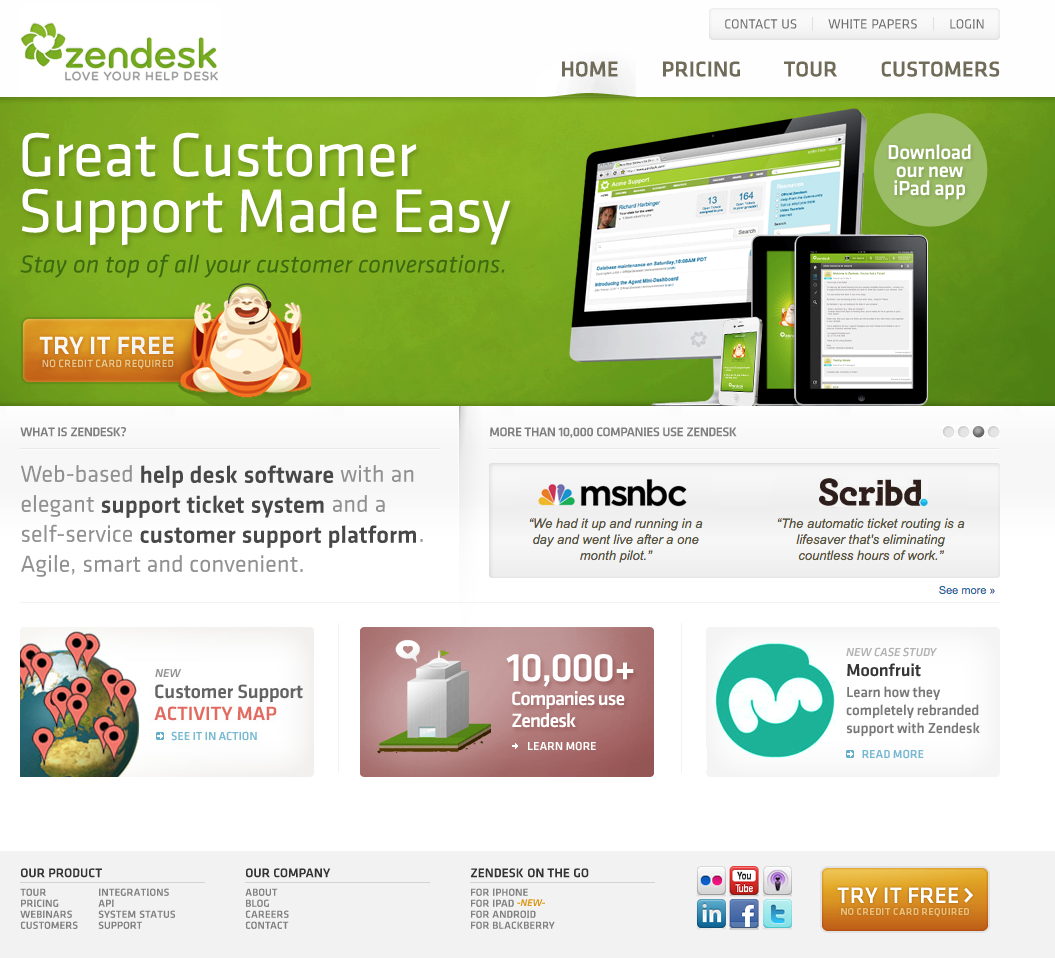 Rule #1. Three years after starting Zendesk, their messaging held steady at: “Great customer support made easy: stay on top of all your customer conversations.” In these two lines, you know what the product is about and what it lets you do. Zendesk already did many things well, but their messaging focused on what they were best at.

Rule #2. At a glance, they show the product is multi-platform, 10,000 companies use it, customer support activity can be viewed in action, and if a more detailed explanation is desired, ‘What is Zendesk?’ is right there.

Rule #3. Take a moment to think about how bold a choice their logo and buddha was. Zendesk was unafraid to have their tone and brand express some love and ‘zen’, which by itself provokes curiosity for anyone dealing with customer support. 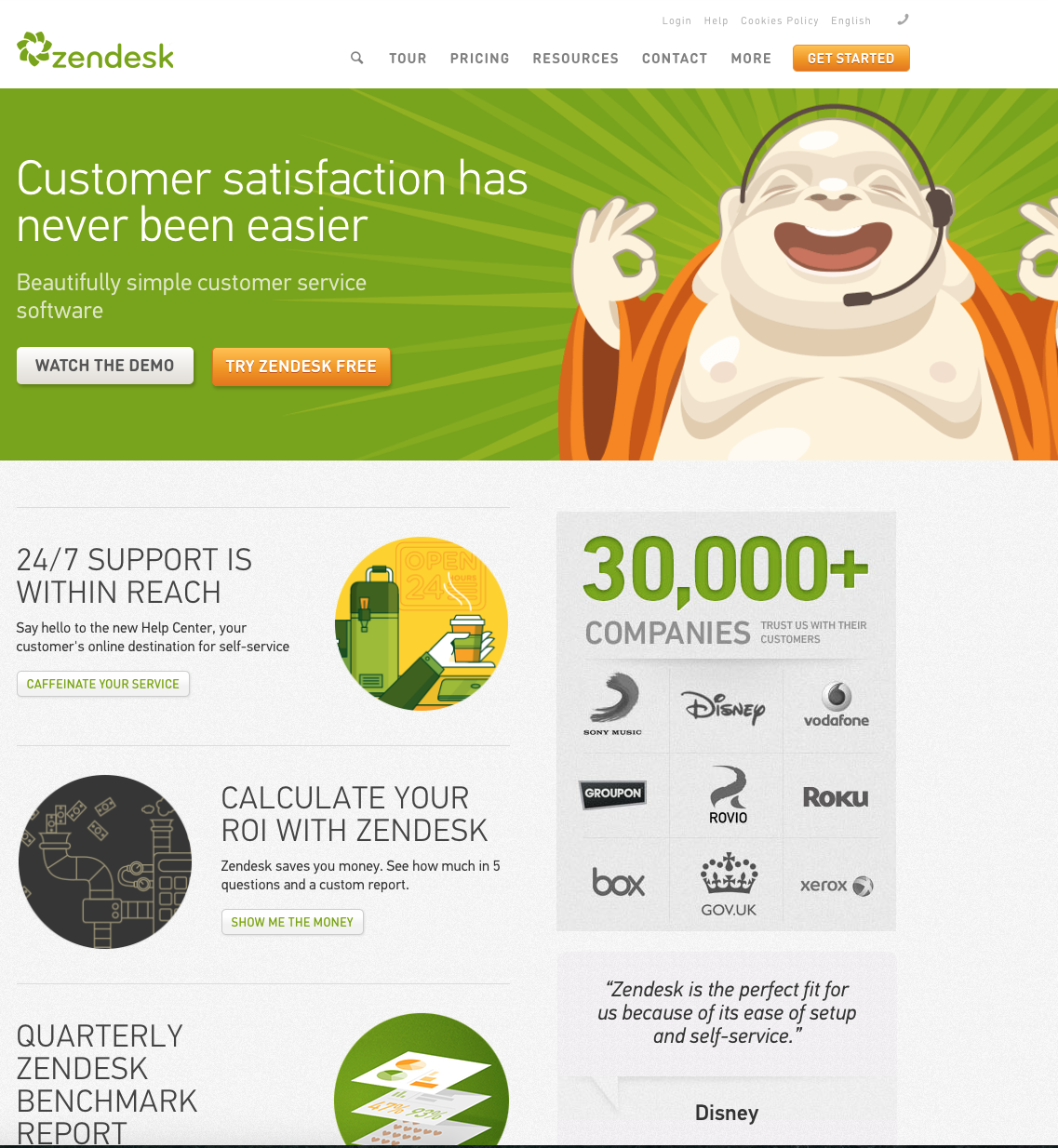 Two and a half years later: December 2013 - three months pre-IPO

Rule #1. With a pending IPO, what Zendesk did was understood, so their messaging lead with: “Customer satisfaction has never been easier: beautifully simple customer service software.” A lot of companies jump ahead to customers’ outcomes, which can be too big a leap if you are trying to push the boundaries of your category.

Rule #2. You can’t miss their 30,000+ customers--or their brands. But notice the conspicuous absence of such benefits based lines like: “deliver service faster than ever,” or “improved experiences in half the time.” Saying any of these things isn’t necessarily bad -- it’s when they lack specificity and context that is annoying.

Rule #3. Clearly, the Buddha branding was working, but as they were getting into bigger deals where ROI needed to be calculated upfront to justify the spend, they understood showing they got their customers’ needs was part of how they could connect with their audience.

Today, Zendesk’s marketing and company challenges are different and their messaging reflects their shift. 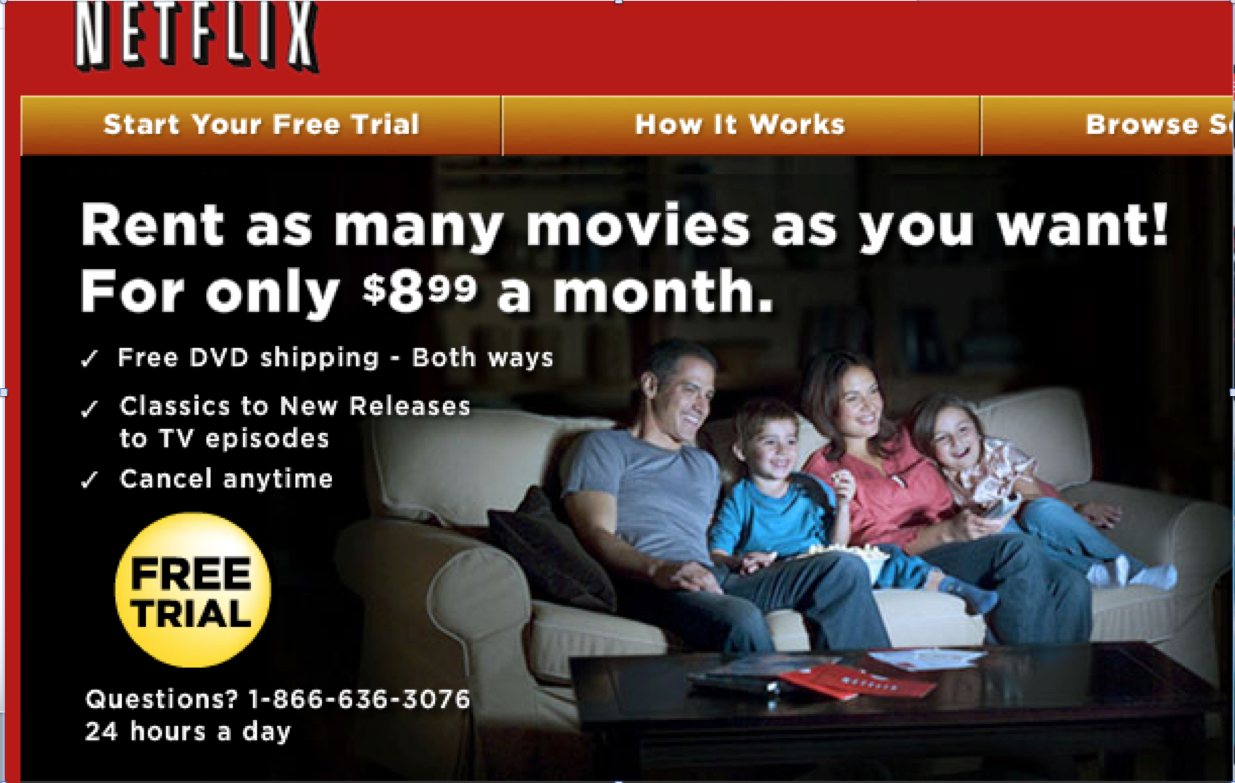 Netflix had a broad vision back when it started, but they never messaged anything about trying to “transform home entertainment” even though that was their vision from the beginning.

The old way = renting enough movies to make everyone happy adds up.

Netflix’s revolutionary way = all the movies you want for the price of two new releases.

The old way = deciding who was going to go to the video store was a chore.

Netflix’s revolutionary way = make it more convenient by shipping to your home.

They also reduced risk by making the experience (while they were less proven) a free trial that could be canceled with no fine print and providing 24/7 support for questions.

The old way = Friday night, there were never any new releases, classics or that specific disk for the TV series you were watching.

Netflix’s revolutionary way = We have a smarter library because we know what people want in advance and make sure we get it to them based on their usage habits. 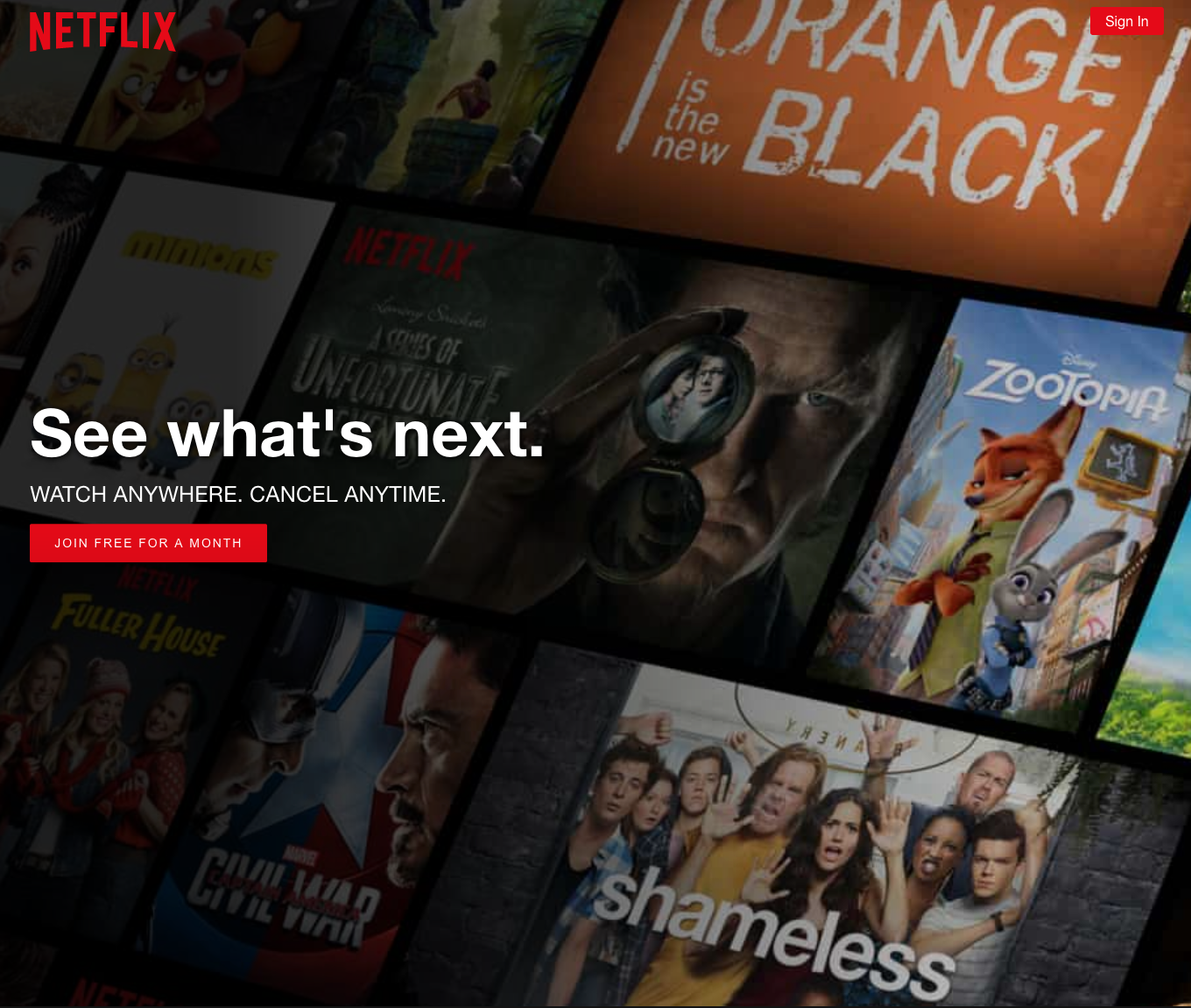 Rule #1. “See what’s next.” Most now know that Netflix is a streaming service, so they focus their messaging on the fact that Netflix has the shows worth talking about -- and seeing whatever is on Netflix next lets viewers be a part of the zeitgeist conversation about what’s on TV. Of course, you can still “Watch Anywhere. Cancel Anytime.”

Rule #2 & Rule #3. They show their content, rather than talk about it. Now Netflix is as much about the content it creates as the happy people watching it, and the scene they set reflects this.

There is incredible restraint. They leave it at that and provide more information only if you want to dive in and understand more.

Be Revolutionary...by Not Saying You Are

Great messaging is *really* hard, even for the best marketers. But fight hard to avoid the Revolutionary Messaging Fallacy by trying to practice these rules:

This concept may seem deceptively easy, but applying it is not.

I spent over 20 years as a marketing and product executive building, branding, and launching market-defining software at Microsoft, Netscape/AOL, and Loudcloud. I've also been on the Advisory Boards of 10+ B2C & B2B startups. I am currently Operating Partner at Costanoa Ventures. I'm also the Product Marketing Partner at Silicon Valley Product Group (SVPG) and a Lecturer on marketing at the UC Berkeley graduate school of engineering.