The Address of The State of The Nation of Startup Grind

Share on TwitterShare on FacebookShare on LinkedInShare on PinterestShare via Email
Àlex Rodríguez Bacardit | 2018-03-10T16:00:00+00:00

Being the world's biggest community for entrepreneurs bears a big responsibility. One does not simply become a leader without doing truly extraordinary things. This is why we want to open our heart to all the entrepreneurs around the globe, to let them know what's been keeping us busy recently, and what they can expect of Startup Grind.

A Global Conference to unite them all

In February, we celebrated the sixth edition of the Startup Grind global conference in Redwood City, again with the incredible support of Google for Entrepreneurs and of the over 7,000 entrepreneurs and investors who attended! Thank you, from all of us. 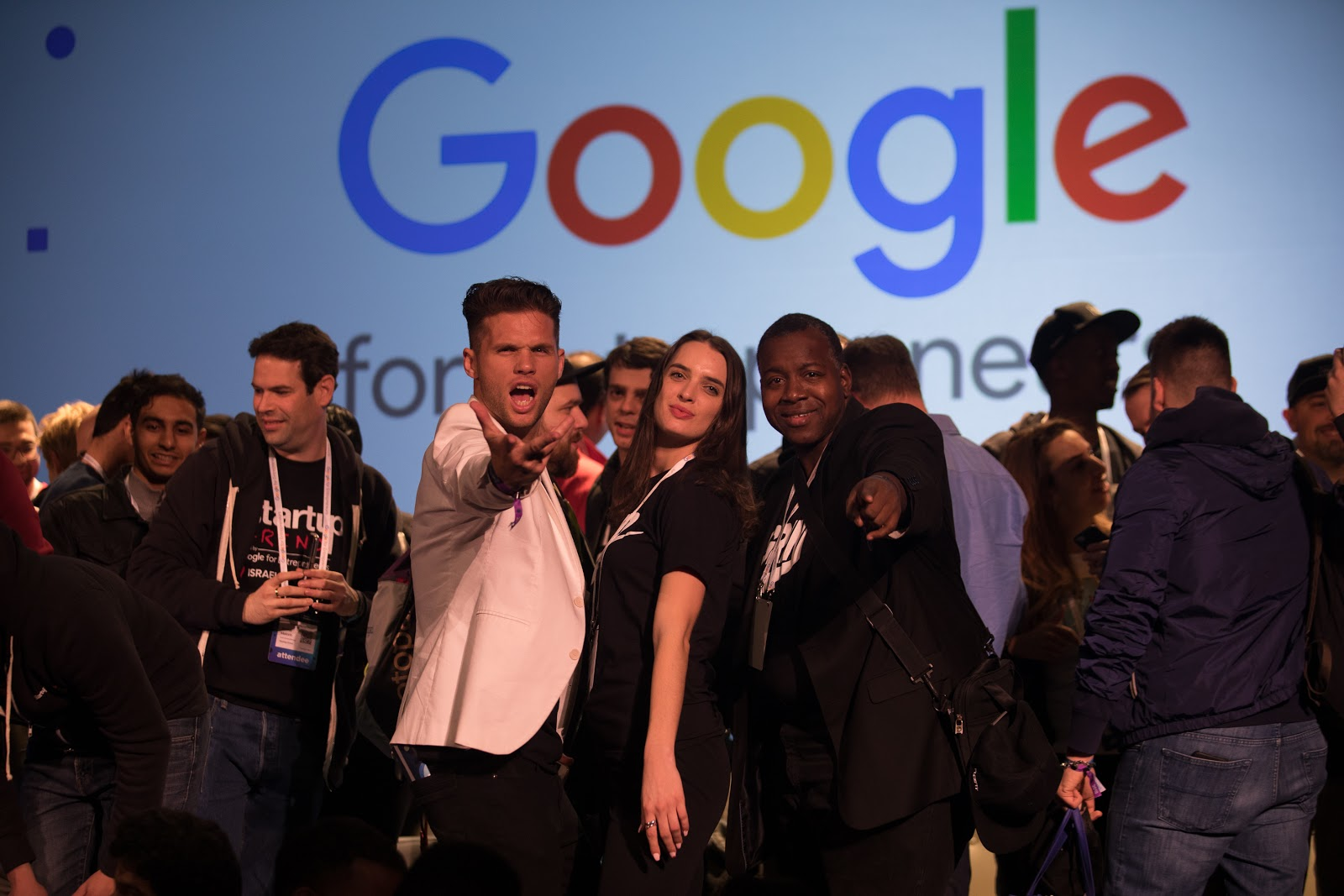 Also, we wanted to thank Google for hosting us on the first day of the Directors Retreat in your lovely San Francisco offices! A well-deserved break with a stunning view of the bay! Can we ask for more? Moving on to what have we been doing locally at Startup Grind, through our over 360 chapters worldwide.

Let’s start with Africa this time! Cape Town, one of the flagship chapters, if not THE flagship chapter in Africa. This Chapter delivered a full house AGAIN to kick off the year! Congrats Sandras! Some chapters hit a plateau after a certain number of events. Some cities and chapters have struggled to keep a steady attendance and a few have even decreased.

This is not the case with either Athens nor Barcelona. Almost four years in the game, and they still sold out their first events for 2018! Way to go! YOU ROCK!! Other sold out events include Cologne, Melbourne, Tangier, Wichita, Guayaquil, Shenzhen, Fremont, Madrid, Tel Aviv, San Francisco, London, Oslo and Kunming, among others. Thank you all for attending these incredible events! Some others cities and Directors started 2018 with big projects!

Pablo Lascurain, in México DF, kicked off the year with the 2018 LATAM Conference, on his second edition. Check it out here! It was amazing, we’ve heard :)

During the Startup Grind Directors Retreat, we gave some awards to the Directors who’ve over performed or done something extraordinary.

Pablo, along with Mark from Triangle and Àlex from Barcelona, won the Next Level award, for having organized a regional conference last year! Make sure you attend their next conferences, if you're in their regions!

Other chapter directors won fantastic awards this year. Check the rest of the awards here: https://help.startupgrind.com/article/320-global-2018-awards

Amazing things around the world

In November, one of our strongest chapters in Asia, Singapore, hosted the CTO of Slack, Cal Henderson.

https://www.startupgrind.com/events/details/startup-grind-singapore-presents-cal-henderson-slack. Singapore is used to hosting high-class speakers like the founders of Kiip and Zendesk -- just to name a few.

Meanwhile, in Europe, our buddy David Butler from Zurich passed his 30th event.

Now THAT is really something worth celebrating! David is booked until May, impressive!

David was also awarded as the highest contributor to our own Slack community for the second year in a row. Congrats, Mr. Butler!

Finally, David has shared with us about the impact his Startup Grind team has created locally by leveraging their partners. In this case, a startup who applied to get a Google Cloud Platform through Startup Grind was accepted! Thank you all. We have so many valued friends, partners and colleagues. We are truly so lucky and so blessed.

In a similar way, AD-Pure, a startup that predicts marketing trends based on customer context like weather or cultural happenings, was also accepted to Google Cloud Platform through the Barcelona chapter!

We’re so thankful to have partners like Google that support our local initiatives all around the world! One of the most incredible feelings for us was that Google came and supported our local chapter with volunteers. Talk about love! We can never thank you enough Google -- but still -- many Thank You’s!

Not only that, but Google also woke us up to this amazing message on LinkedIn and another one on Facebook by happy attendees. And this other one:

Another impressive landmark has been achieved by Christine Souffrant in Dubai, when she passed the 45th event of her chapter! Congratulations!

We want to also wish Columbia happy birthday! Congrats on reaching your first year as a chapter! From one to a thousand members in just one year. Good job! Forget that -- amazing job. No, that doesn’t quite say it -- stupendous?

More on landmarks: Marian in London - the flagship chapter in Europe - has passed the 10k members for his chapter! Definitely, one of the very few. Congrats, Marian! Not surprising, if we see some of his audience feedback metrics. 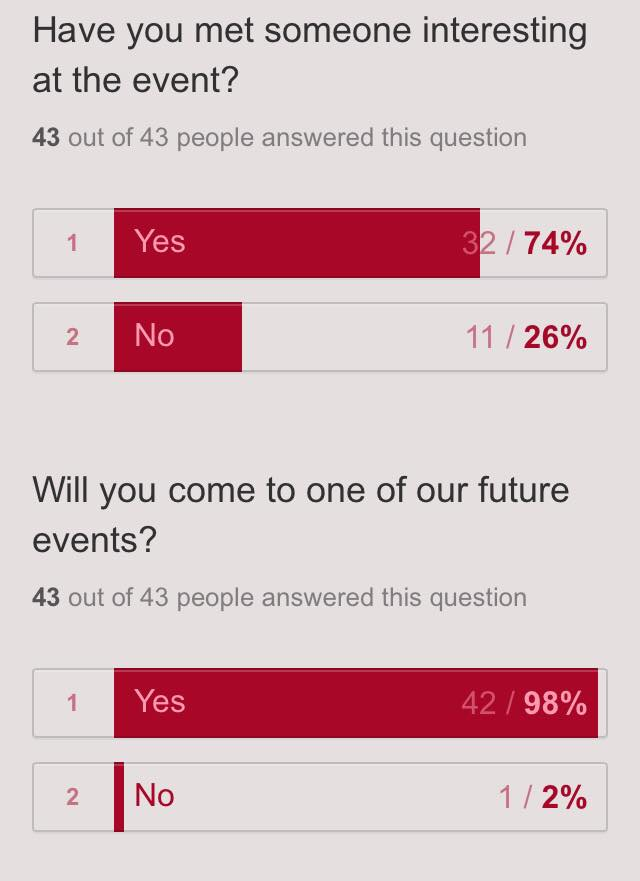 One of the up & coming chapters, the small-but-kickass Gibraltar, was featured on TV on the occasion of our Director in Barcelona Àlex Rodríguez Bacardit being the speaker at their event. They were selected Rookie of the Year, along with Jacob Wayman and Jontsing Zhang in the Startup Grind Global Awards 2018! Congratulations!

Meanwhile, in the country next door, Italy, Growth hacking was the main theme of most of the Startup Grind chapters in the last months. Napoli kicked off with their first event of 2018, with the notorious growth hacker Raffaele Galto.

Africa is catching the entrepreneurial spirit with the birth of Startup Grind x! Mauritius kicked off 2018 with their first event ever -- and yet they were discussing the hottest topic since last year -- blockchain!

We expect great things from our new African Directors and Chapters. Amazing vision, strength and determination. 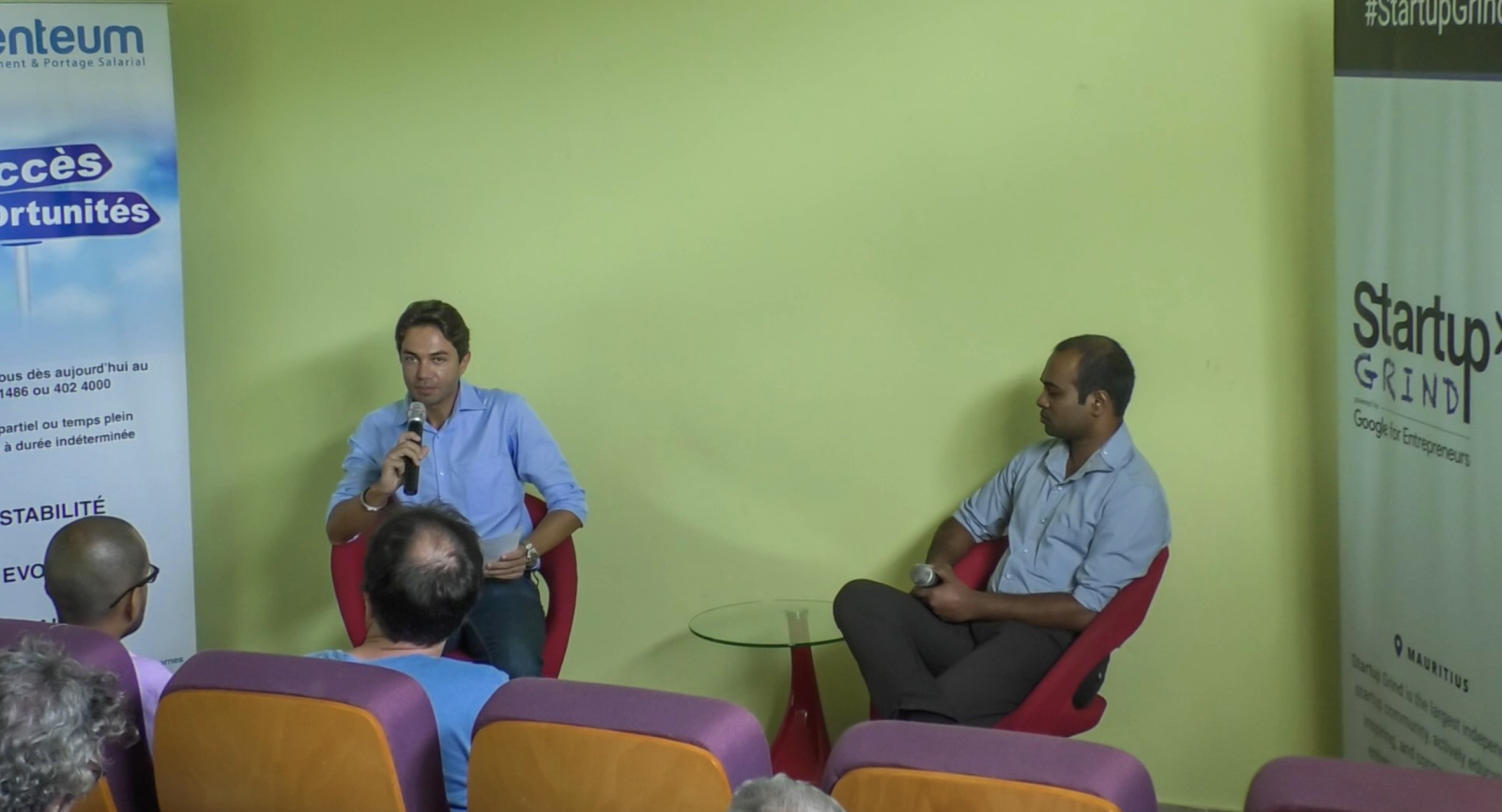 Back in America, this time for a really extraordinary story. After having had her house ruined by the terrible floods, Michelle from Houston does never give up. She hasn’t stopped doing events in spite of the tragedy. So inspirational!

How about Mexico? Not one of the biggest chapters, according to numbers, but the Ensenada chapter has got one of the biggest directors. Michel, a huge-hearted big boy is a tremendously charismatic person, and has attracted speakers from Techstars, Singularity University and even Brant Cooper, the NYT bestselling author of The Lean Entrepreneur, The Entrepreneur’s Guide to Customer Development, and The Lean Brand. Amazing!

News from Down Under

Down under, in Adelaide, they’ve done something quite unusual but very interesting. They’ve hosted one of their firsts guests once again, three years later. That’s a cool initiative to see the real progress of a company! Check the video here.

Also down under, in Melbourne, one of our strongest directors (and not only because he writes his bio in ALL CAPS), Chris Joannou (awarded the Lifetime Achiever award, for having been part of Startup Grind for over five years now!) completed his 67th event. Now, that's a record! Back to Europe: if you want to learn how an End of the Year party is done, check the pictures from Athens. Dimitris knows how to rock it! Pure class! The parties in Tel Aviv always look really cool too!

Former international basketball star and serial entrepreneur Ferran Martínez has joined Àlex from Barcelona (both in the picture below) to open a chapter in Andorra! Ferran was also a speaker in Startup Grind Barcelona in September 2015. Watch his interview here (in Spanish). 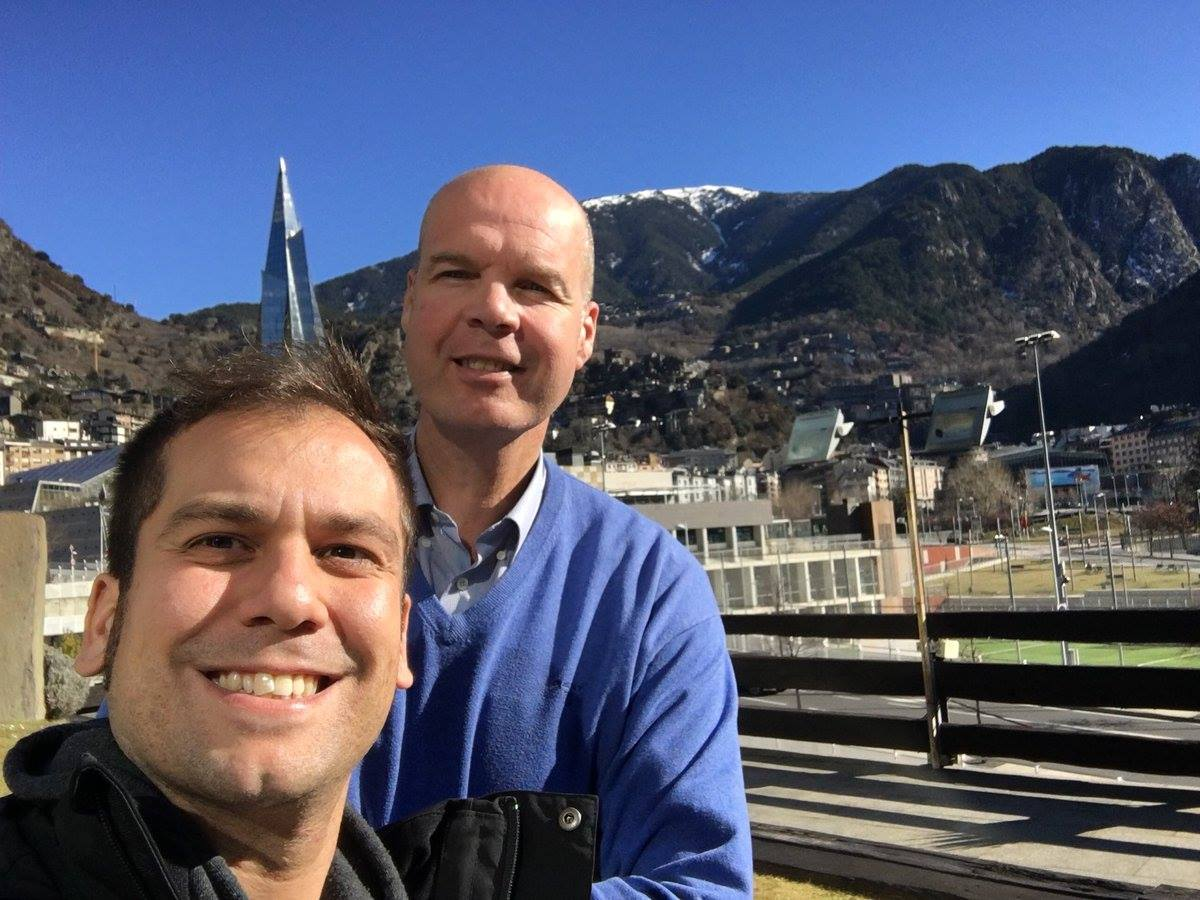 After having lived in Barcelona, and having learned from the best chapter ever, Nils Mischo moved back to Germany to open his chapter in Bremen, which has already hosted three events so far! Off to a good start! Now, we've got five active chapters in Germany!

We’re also welcoming new faces to Startup Grind, from La’Taunja Cooper in Pittsburgh to an old friend who’s rejoining the company: Dru Blake, now in Las Vegas! We’ve also re-launched some of our favourite chapters: Berlin and Santiago de Chile, and a bunch of new chapters including San Juan, Moscow and Sarajevo! Small gestures which speak at length about how BIG your heart is: Startup Grind Kigali proving that our values are the way to go. 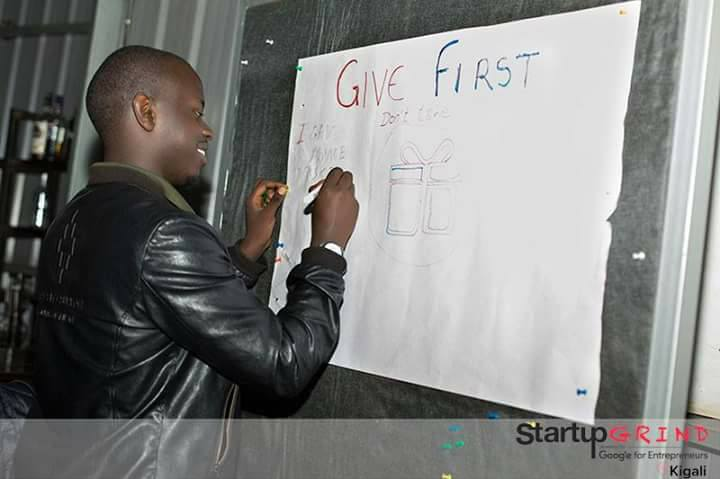 Tiblisi, Georgia is one of these chapters that gives unexpected surprises. Check the pictures of their events on Facebook, they look really cool: https://www.facebook.com/groups/startupgrinddirectors/permalink/943885112431632/

Seattle has celebrated its fifth year of existence. They still kick ass. Congratulations to our Chapter Director of 2015, Michael!

About to wrap up this report, but I couldn’t do it without mentioning one of our most charismatic directors. Our very own Shahar, out of Tel Aviv, showed us his entire wardrobe, consisting only of Startup Grind t-shirts: 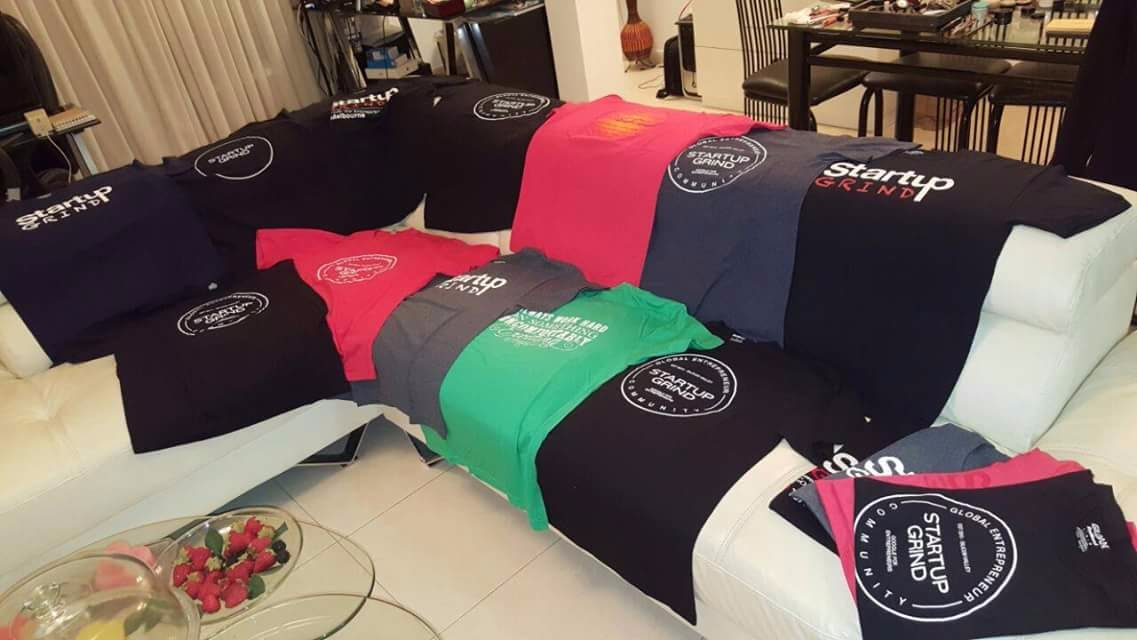 Someone please give this guy a prize! Oh, another one, I mean, as he was selected as the Party Animal of the year at Startup Grind, because of the largest Startup Grind party event ever… look at this: 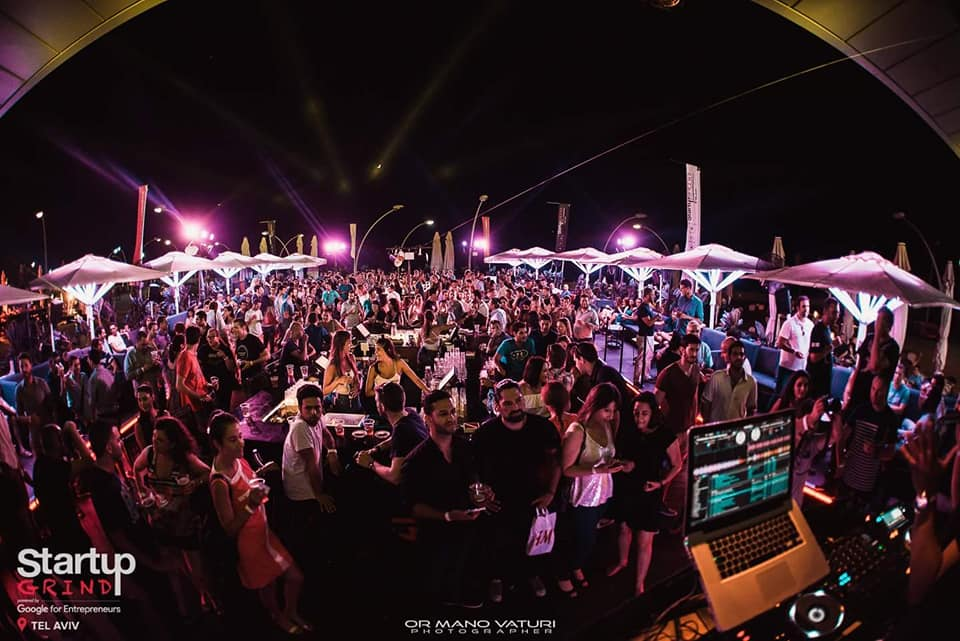 Before wrapping up, let’s take a look at China! Our ever-hustling regional director for APAC, Jan, has contributed greatly, almost single-handedly to opening 20 chapters in China, and some of these chapters look as good as Hong Kong’s. Thank you, Jan :) Last, but not least, Startup Grind Mogadishu has featured many important VIPs --  including the Somalia’s Minister of Information, Abdirahman Omar Osman. How many ministers have you hosted at your local event so far?

This is an esteemed tribute for Startup Grind to have the honor of the presence of the Somali Minister of Information, Abdirahman Omar Osman at one of our educational chats.

We appreciate the time, effort and the tribute we feel from your visit to our new Chapter of Startup Grind in the beautiful Mogadishu, Somalia.

A profound thank you, Minister, for your support. 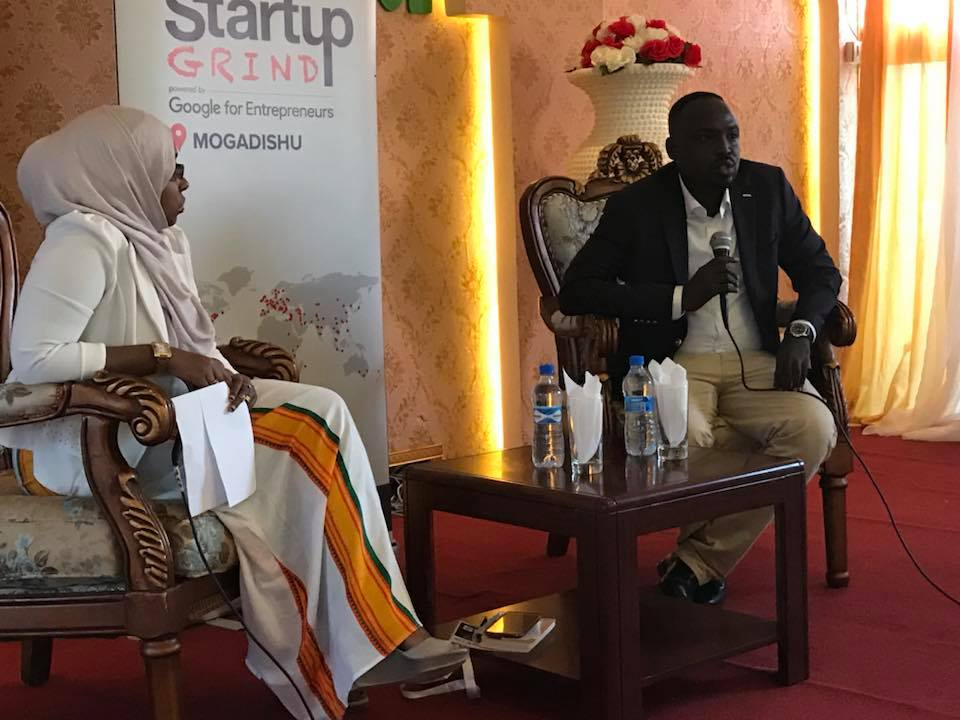 But the biggest THANK YOU goes to all of our attendees. Without our community - the biggest AND best in the world - this would not be possible.

We're changing the world for the better, together.

CEO and Founder at MarsBased, and Chapter Director of Startup Grind in Barcelona. MarsBased is a 20-people full-remote development consultancy from Barcelona specialised in web and mobile applications developed with Ruby on Rails, React, Node.js and Angular. Àlex runs the sales/marketing area and is in charge of communications and growth of the company. His background in consulting and development (ex-Deloitte, ex-VASS) and his international profile helps him with the technical and the business perspective. His experience with volunteering (over 5 years at ESN) have helped him to build one of the strongest communities in Barcelona through Startup Grind, events for developers, curating Startup Digest, and managing a Slack community for entrepreneurs and startups in Barcelona. In his spare time, Àlex invests in early-stage companies, mostly B2B.