By 1999 Shaf Rasul was already a self-made multi-millionaire with an extensive investment portfolio that would allow him to take it easy for the rest of his life. Maybe the time had come for the one of Scotland’s most successful entrepreneurs to slow down and set-up a comfortable lifestyle business that would allow him to pursue other interests like business mentoring and philanthropy. It was at that time Rasul established E-Net Computers which he grew spectacularly. At its peak sales reached £67.2m.

Rasul has also developed a venture capital investment portfolio which focuses on property, asset management and internet technology and is an Online Dragon on BBC's famous Dragons Den programme.

Rasul has won numerous awards including Ernst and Young Scottish Young Entrepreneur of the Year and was ranked 19th in a Management Today 2008 survey of the UK’s top 100 entrepreneurs. He has also been included in the Asian 100, a list of the most successful members of the British Asian community.

Shaf Rasul is an award winning serial entrepreneur. By 1999 he was already a self-made multi-millionaire, with an extensive investment portfolio. Shaf has also developed a venture capital investment portfolio which focuses on property, asset management and internet technology and is an Online Dragon on BBC's famous Dragons Den programme.

Shaf Rasul is an award winning serial entrepreneur. By 1999 he was already a self-made multi-millionaire, with an extensive investment portfolio. Shaf has also developed a venture capital investment portfolio which focuses on property, asset management and internet technology and is an Online Dragon on BBC's famous Dragons Den programme. 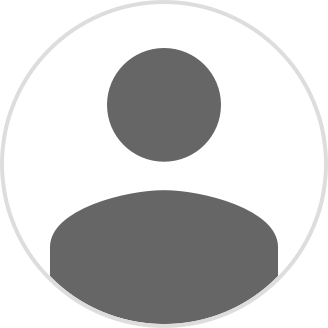 Ranked as a Top 10 Global Law Firm, CMS are based in 41 countries and with 72 offices worldwide. 4,500 CMS lawyers offer business-focused advice tailored to each client's needs, whether in their local market or across multiple jurisdictions. With the coming together of CMS, Nabarro and Olswang on 1 May 2017, they have created a new future-facing firm, one that is well equipped to help their clients face the future with confidence.

Social Stories Club create socially-conscious gift boxes that tell stories of social change in an exciting and colourful way. Each product in the KaleidoBox contributes towards positive social change. They believe the best way for people to learn about social change is through the art of storytelling, so they have included a story card in all their gift boxes, sharing the stories of all their products! You can send out the KaleidoBoxes to different addresses across the UK at no extra cost.

Creator Fund is a pan-European, student-led VC fund. The fund is looking to invest 30K in exceptional student founders--whether undergrad, master’s or PhD--and recent graduates of the past 2 years. The team spans PhDs in CS to Master’s students that have raised $18M+ for their own ventures.

A digital media company based in Glasgow, Helmworks Film creates beautiful bespoke promotional films and photographs for a wide variety of companies and organisations, and will be providing photography services at StartUp Grind’s next Edinburgh event. Anyone interested in an engaging promotional film or professional photography for their business should get in touch using the email address below.

Product Forge bring together developers, creatives and entrepreneurs to build new products that solve real world problems. We run hackathons with a twist; our hack events develop teams and products that tackle society's hardest challenges. We host livestreams for a range of technology, design and enterprise events, including exclusive interviews with startup founders and entrepreneurs.