500 Startups Troublemaker Dave McClure: “VCs are Talking the Market to Their Advantage”

Dave McClure lives in the present, sees the future, and thinks in the long term.

In 2011, McClure joined Ron Conway to add $250,000 to Twilio’s seed round when very few supported the company. Five years later, Twilio went public on the NYSE, setting pace for new offerings in Silicon Valley. Dave McClure was also one of the few early believers of Mattermark and decided to continue investing even though Morrill’s former company Referly Inc. (YC S12) pivoted. 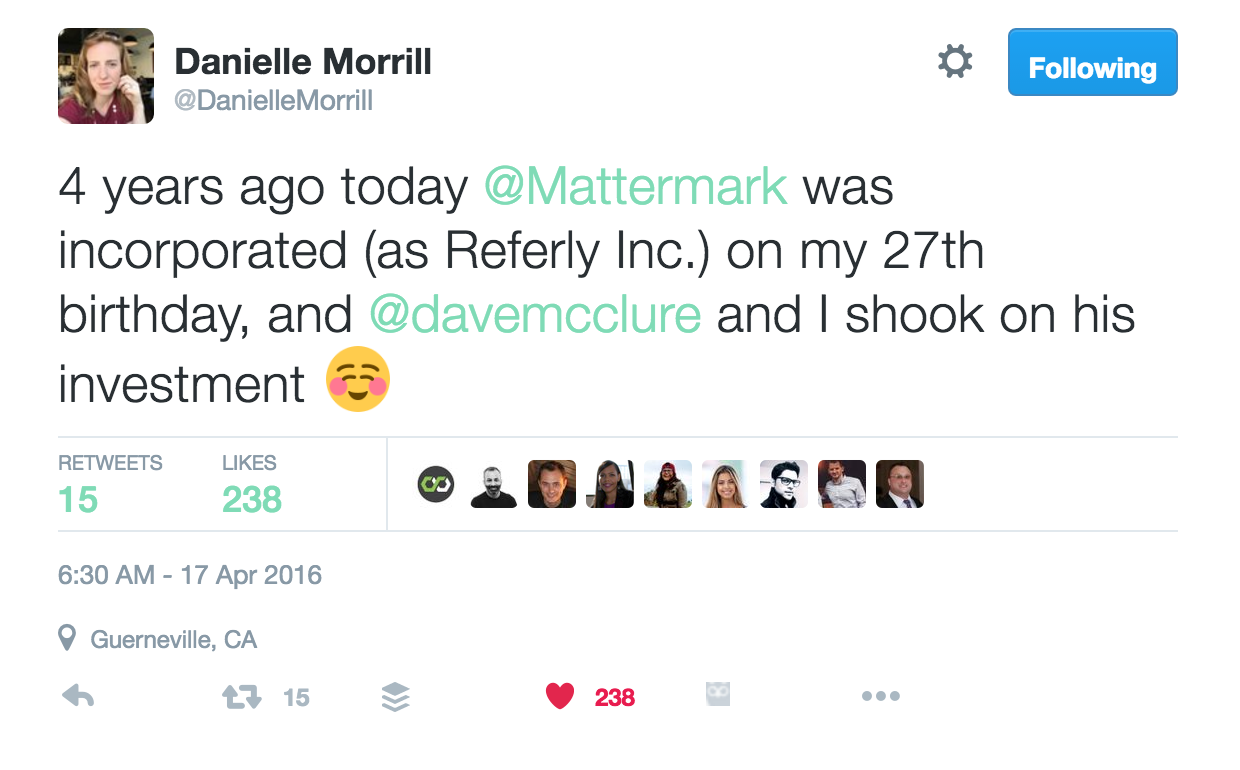 Contrary to Silicon Valley’s investing skepticism in the current market, Dave McClure’s 500 Startups is confident after investing in more than 1,500 investments, adding around 600 startups worldwide to their portfolio this year.

“The only reason why I would say to not do investments in this climate is because valuations are too high.” But, “[VCs] are leaving a lot of opportunities in the table…. I haven’t noticed that people stopped buying stuff online lately.” So what’s actually happening?

McClure claims that “[VCs] are talking the market to their advantage. The Limited Partners environment is still open to investing in VCs,” so it doesn’t really make much sense. Unless, venture capital firms are trying to talk down valuations and prices.

McClure blames the press for overinflating stories about the market and valuations. Sure, “prices might be too high, [but] innovation is not dead. In fact, it’s rising. In Europe, there are way more seed funds than ever before.

McClure says following VCs and press rumors would doom us into depression, but that’s a story he won’t repeat with 500 Startups. For the last months, McClure has been traveling to Asia, Europe, and Latin America - all areas of growth - to raise funds and meet entrepreneurs.

In fact, McClure is the number one person to whom international founders - and Startup Grind Directors - ask to be introduced.

What’s Next for the #500Strong

With partners in almost every metropolitan city in the world, the 500 Startups brand has become strong among the global entrepreneurial community. So if you are interested in mentorship and funding, here is what you need to know:

How to Get Into 500 Startups

If you say: “I have a great idea,” but you don’t have a functional product, you are wasting your time, says McClure. Go build it and get customers. 500 Startups is looking to identify early customer usage before Series A or $1 million. 500 aims to fund companies generating $10,000 to $50,000 in monthly revenue or with around 100,000 users.

Co-founder and investor Christine Tsai continues with her tips on how to get into 500 Startups.

Not a bad idea, though McClure focuses more the fundraising side these days. He won’t pay much attention to pitches.

His advice: given how large the 500 Startups community is, get an intro to an associate or partner, who will also have decision making power.

The hardest part of investing internationally is fundraising. Building the investment ecosystem is difficult, McClure suggests. “There’s no capital everywhere, but that’s change pretty dramatically. It’s different in London. This place is healthier than everywhere else.”

500 Startups has a large Silicon Valley presence; simultaneously, 500 is spreading out into more than 20 countries, investing one-third of their capital in international startups.

McClure says he’s getting a 30% return on investments (ROI) in both the Southeast Asian and Latin American market. The potential here is fantastic. It definitely takes time, he says, but McClure is excited to see what is going to happen in 3-5 years.

“With Y Combinator to some extent and few other funds, having community drive investors an LP seems like where we are heading. There will still be a place to raise money from individual institutions.”

You’ve heard it from McClure. Products are being launched every day and if you are an entrepreneur at heart, you’ll keep building. If you focus on getting customers and improving your product, the money will come.

Watch the full chat with Dave McClure at the Startup Grind Europe Conference: