Home to Hollywood as well as Venice Beach, the Los Angeles tech scene was made to shine - and in the last few weeks, it has barely left the spotlight. While Dollar Shave Club turned a hilarious Youtube video into a $1 billion exit to Unilever, Tesla and SpaceX CEO Elon Musk unveiled his Master Plan Part Deux, simultaneously putting vehicle manufacturers, the ride-sharing industry, and utility companies all in his crosshairs.

It sounds like the making of a box office hit - but it wasn’t always this way.

Fifteen years ago, Los Angeles was best known for being the mecca of the entertainment industry - Hollywood. While attracting aspiring actors and starlets from the world over, LA lacked was any semblance of a technology scene. Exceptions made the rule, naturally: LA nurtured MySpace, e-Harmony, and Google AdSense (formerly known as Applied Semantics).

Since 2015, Los Angeles ranks third as a leading entrepreneurial hub. With the growing entrepreneurial spirit of this city, tech talent and startup communities are no longer exclusive to Silicon Valley. Now home to The Honest Company, Tinder, Scopely, Factual, Hyperloop, and SpaceX, Los Angeles has become a home to the most exciting companies in the world, and beyond. 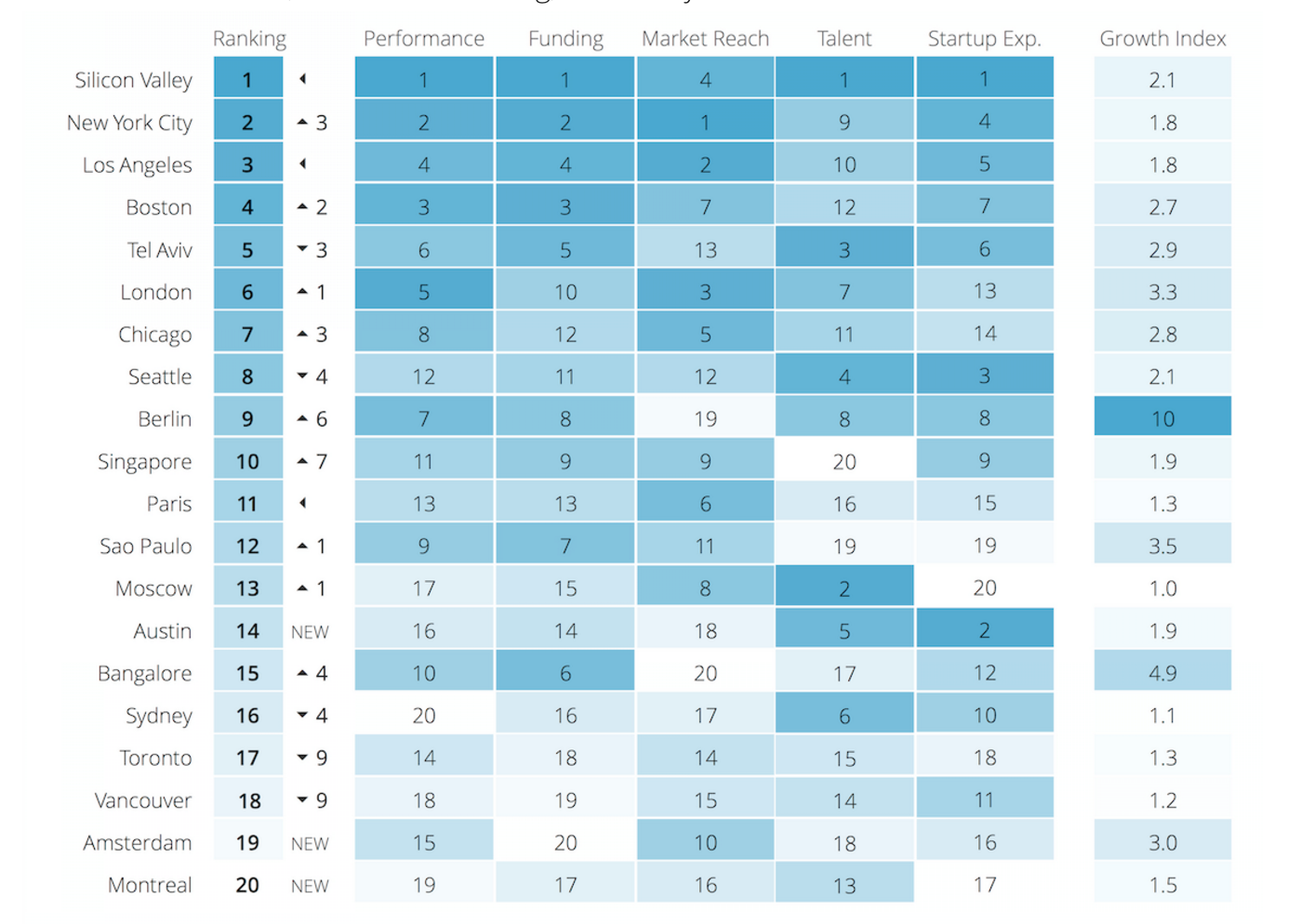 Here is what you need to know about the LA tech scene:

A report by Amplify, an LA incubator, showed that Los Angeles ranks first in 3 industries: gaming, e-commerce, and online media. This is probably because of the easy access to engineering talent, Hollywood influencers, and content investors. Klout co-founder Joe Fernandez relocated to Los Angeles a couple years ago and now, this city is his secret weapon.

You can ask him directly what he thinks - Joe’s Twitter

In 2015, “investors poured more than $900 million into social media and consumer startups in LA” according to Amplify. With local leaders like Snapchat and Hulu, Los Angeles is taking over your smartphone screen and TV entertainment. 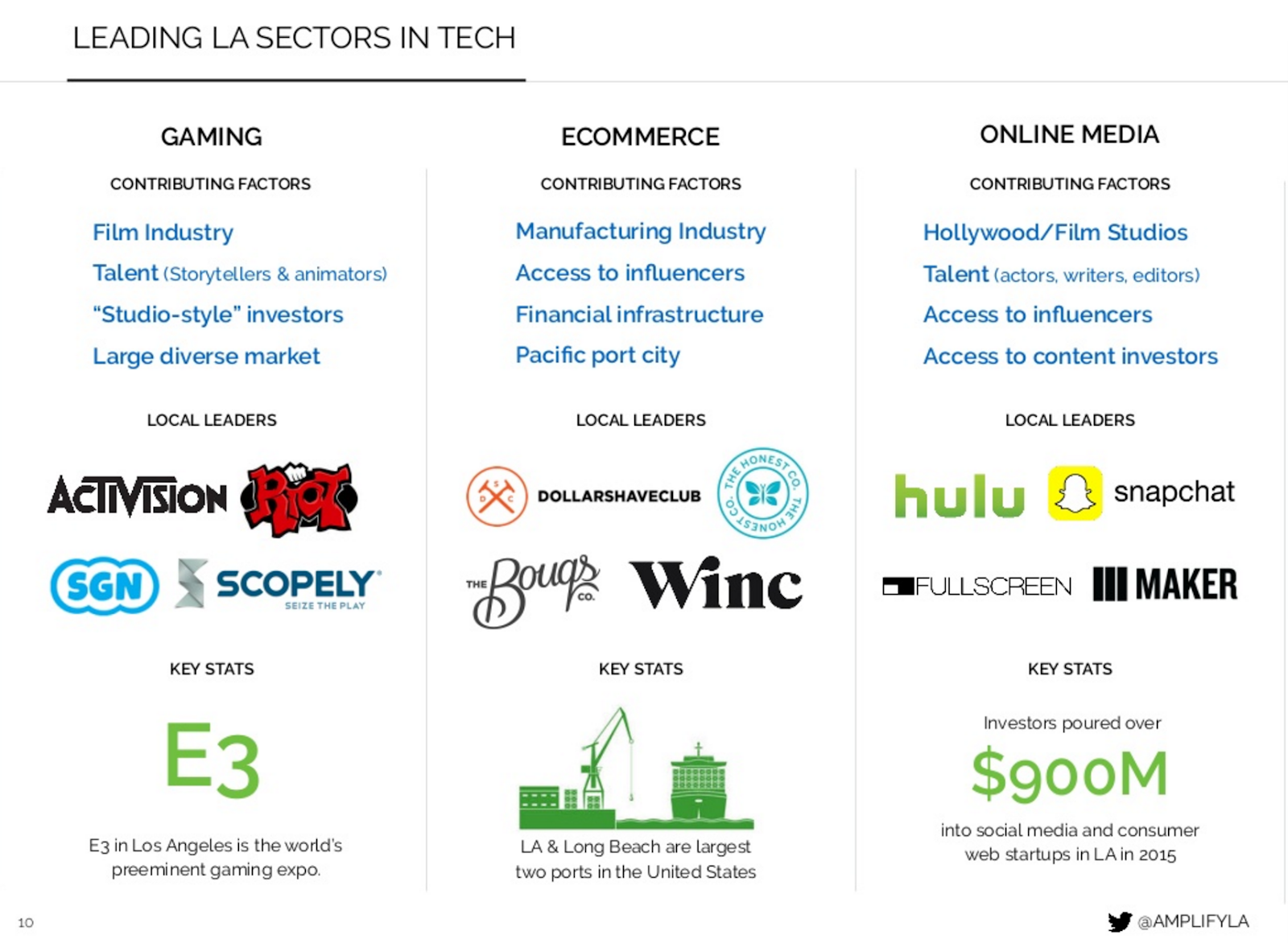 With the acquisition of Oculus by Facebook for $2 billion, the local virtual reality industry is taking off steadily. Big money and big business are coming in: Andreessen Horowitz and 21st Century Fox led a $12.6 Series A investment to Within, a LA-based online platform for creating VR firms previously known as Vrse.

With schools like USC, UCLA, Caltech, Harvey Mudd, and LMU, Los Angeles now graduates more engineers than any other city in the United States. Founders Marc Benioff of Salesforce,  Aaron Levie of Box, Mike Ghaffary of Eat24, and Sean Rad of Tinder attended USC and left their mark. Meanwhile, Travis Kalanik of Uber, Eytan Elbaz of Applied Semantics and Scopely, and Brian Lee of The Honest Company, all graduated from UCLA.

In the 4 years I lived in Los Angeles, I experienced the accessibility and supportive environment of this city. Meeting with serial investor Chris Sacca helped my content marketing career take off. Los Angeles is solidifying as a key player in the tech community. Sure, Silicon Valley and San Francisco are still dominant in the amount of successful founders, exits, and funding, but the number of high-profile LA-based startups has definitely grown. Los Angeles isn’t Silicon Valley - it’s entirely its own beast, and it’s coming out strong.

Startup Grind is coming to LA in September to celebrate SoCal’s growth with the founders and investors leading this charge. Learn what Peter Pham saw on Dollar Shave Club during their early days, or how Troy Carter and Shay Mitchell are innovating in the entertainment tech industry. Experience yourself the rapid tech growth of the City of Angels.